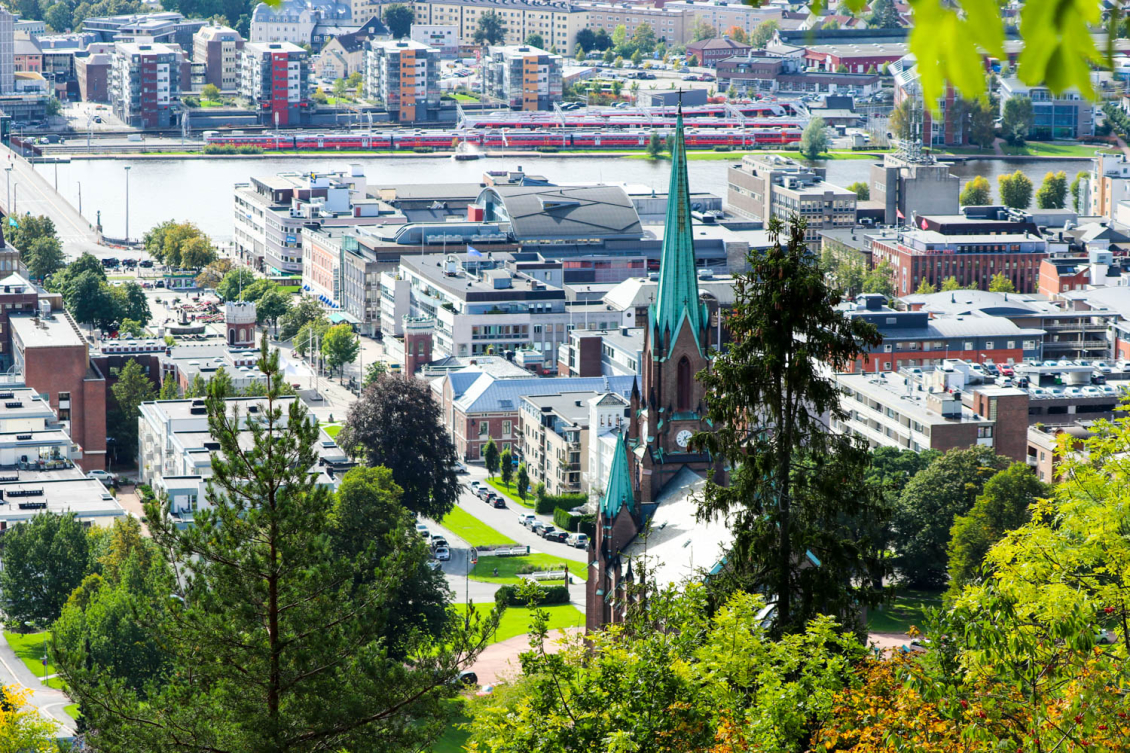 Drammen is located at the estuary of the Drammen river system, the third largest river system in Norway. The origin of the name itself is not exactly clear, but most likely it means «muddy waters».

Drammen has a long history, and the town is mentioned in texts from the Viking Age. In the 1200s, a small community emerged along the river banks. The surrounding forests, together with a safe and good port, was the basis for the development of a significant timber trade with Europe, not least England and the Netherlands. In the 1500s, Drammen was the country´s most important harbor for timber export.

Early in the 1800s, three separate townships had been established where Drammen now is located, Bragernes on the northern river bank and Strømsø and Tangen on the south side. I 1811, the King in Copenhagen decided that the townships should merge, and Drammen – as we know it today – was a reality.

Later in the 1800s, industrious people in Dammen built a substantial merchant fleet of their own. For a period of time, Drammen was the most important shipping town in the country, and the sailing vessels crowded the river banks on both sides. In the same period, Drammen entered the industrial era, and a lot of sawmills and paper mills were established. This led to a considerable economic growth in Drammen, and lots of people moved here for work.

Today, Drammen is the 10th largest municipality in Norway, with approximately 70 000 inhabitants. During the last decades the town has undergone more or less a total makeover. The through traffic has been led outside the center, the river banks have been developed into walkways and riverparks and important urban spaces have been upgraded and vitalized. A good example is the Union area, where the University of Southeast Norway is located.

On January 1st 2020 Drammen will merge with two of the surrounding municipalities, Svelvik and Nedre Eiker. The new municipality will have more or less 100 000 inhabitants, the 7th largest municipality in the country. Drammen will be a center of gravity west of Oslo, and because of its size, it will have great potential for further urban and business development.