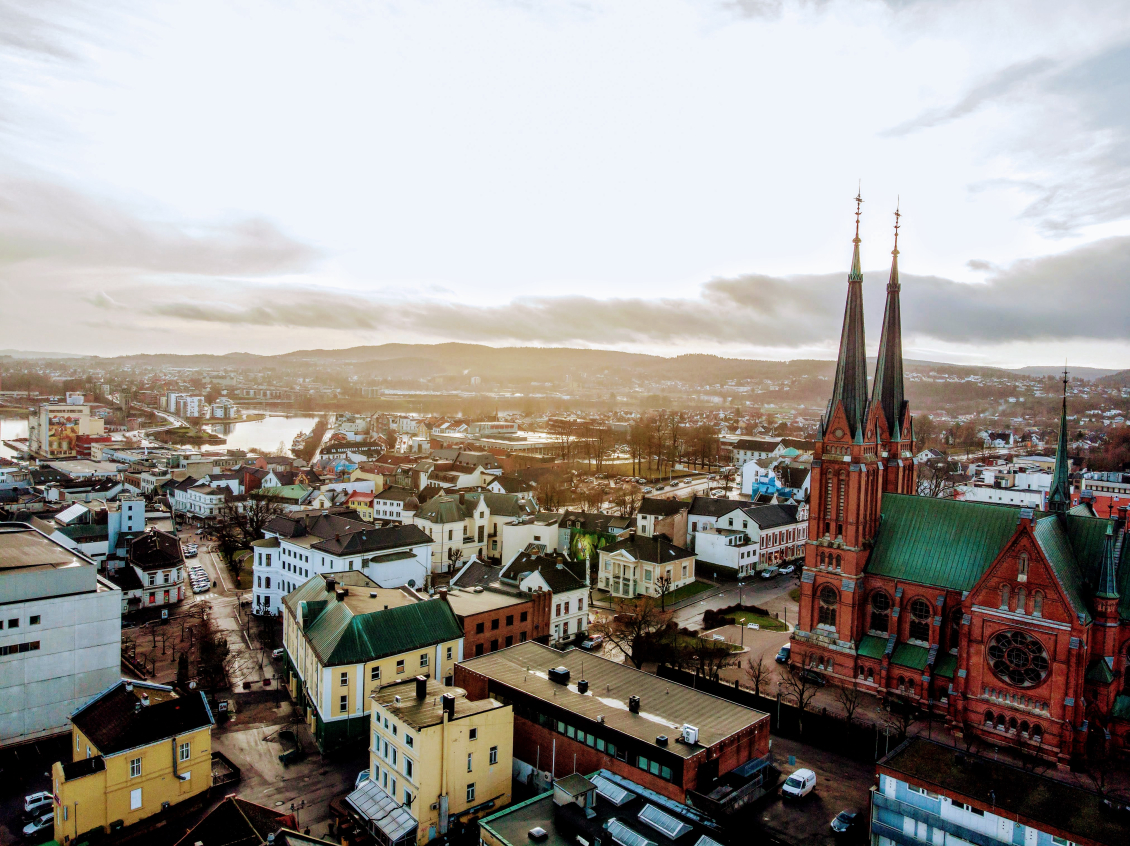 Welcome to Skien, known for being the birthplace of Henrik Ibsen, for the starting point of the Telemark Canal and as a city who has fostered several giants of Norwegian jazz. The Region Capitol in Vestfold and Telemark with 55,000 inhabitants is known as the starting point for the Telemark Canal. The world-renowned playwright, Henrik Ibsen, was born and raised here. The city has a rich cultural life with Teater Ibsen and Ibsenhuset as the main stages, several well-known jazz musicians, three exhibition spaces for contemporary art and Skien fritidspark which is one of the main venues for sports and activities. Skien hosts the food festival Mersmak, Park Jazz, theater and sporting events. The city is 1 of 8 medieval city in Norway. And of course is the hometown of the football club Odd!

Telemarkskanalen extends from coast to mountain with large variations in landscape and character. From southern idyll on the coast, via rolling fertile landscape of the Middle Telemark to the high mountains and the mighty Hardangervidda. Through 105 km with a total of 18 lock chambers the boats and passengers are lifted 72 meters from the start in Skien to the end of the canal at Dalen. Along the canal there is a rich variety of museums, cultural heritage, cozy eateries and wonderful cultural events. The channel's eastern part, goes through idyllic Sauar river to Notodden, which is known for industrial history with UNESCO status and blues festival.

Henrik Ibsen was born in a privileged position. Both parents, Knud and Marichen (born Altenburg), belonged to the city's upper class of officials and patricians. The economic recession in the 1820s and 1830s also hit the Ibsen family. In 1835 the family moved to Venstøp farm, five kilometers north of the center of Skien. In autumn 1843 the family moved to Snipetorp, while the 15 year old Henrik Ibsen travelled to Grimstad - where he started education as pharmacist and authored his first drama. Henrik visited his parents in Skien during a few summer weeks in 1845, and he also dropped by in 1850, when he was on his way to Christiania to become a student. After this it is not known that Henrik Ibsen ever visited Skien. The childhood home of Venstøp is a museum today.

A town fire in 1886 let Skien center in ruins, and the city that made an impression on Henrik Ibsen as a child was gone. The only authentic urban environment from Henrik Ibsen's childhood found today is in Snipetorp. During the autumn of 1843 the Ibsen family moved to Snipetorp, after the Venstøp farm was sold at a foreclosure in March 1843. Snipetorp is the only authentic urban environment that remain from Henrik Ibsen's time in Skien. 7 fires in Skien could have been 8, unless the local dairy had extinguished the fire with milk in the spring of 1886. Unfortunately, the city burned again during the fall of that year. After this fire, it was only allowed to build brick houses in the city center.