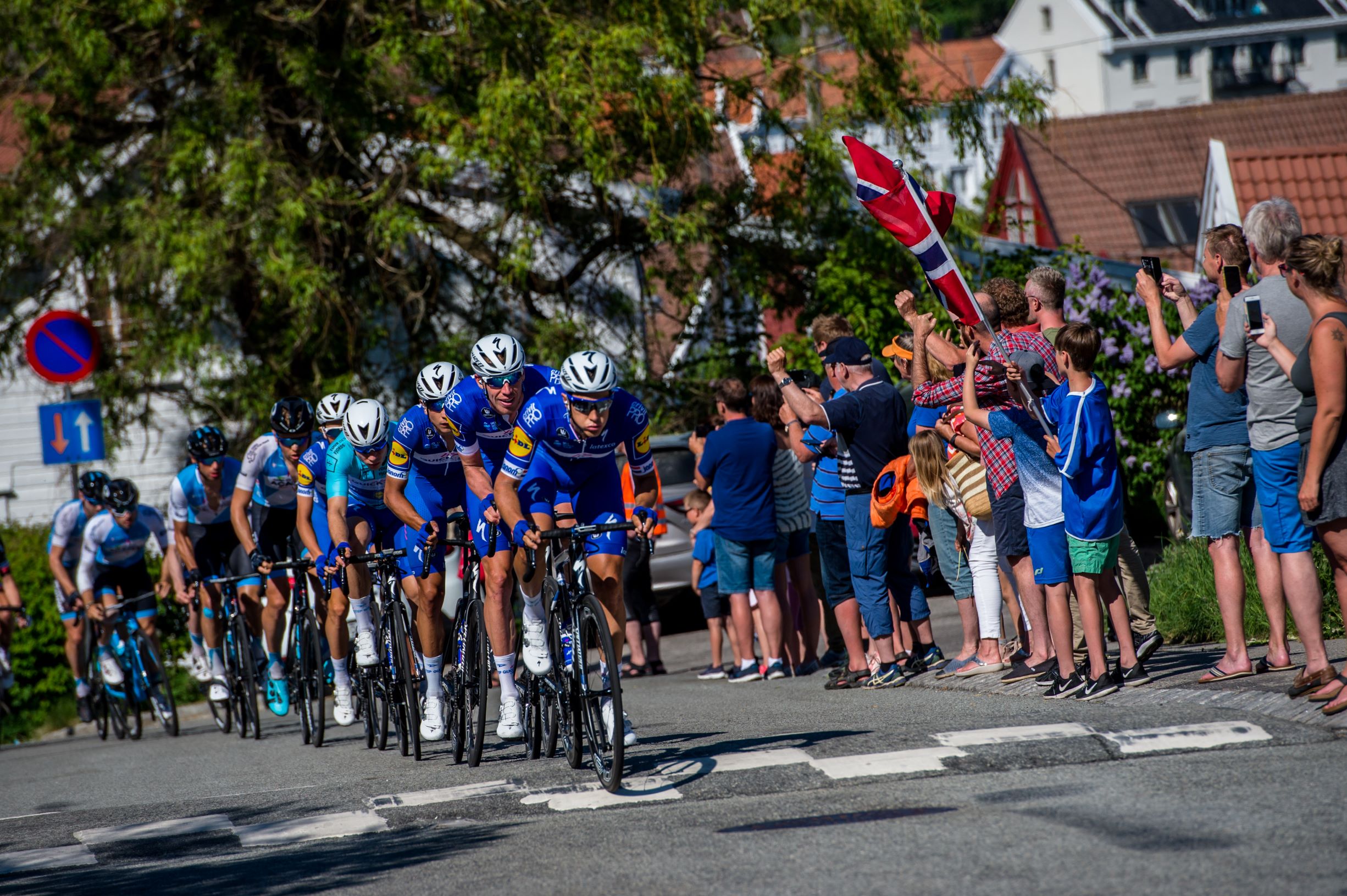 Here is the last team presentation of the teams competing for the victory at Tour of Norway 2019, May 28th – June 2nd.

There is no doubt that this was the best team in 2018 with 73 victories.

The team won stages in all of the Grand Tours, and we should also mention their upcoming rider, Fabio Jakobsen who had the fastest legs and won the 1st stage at Tour des Fjords in 2018. The “Wolfpack” in blue is usually in front of the peloton, and we are excited to see what they can do in this year’s edition of Tour of Norway.

The American team is back in Norway. Just as pink and colorful as last year. They have a Swedish sponsor and a great mix of well experienced and young riders. Canadian Michael Woods already got a solid 7th place in the GC of Tour Down Under, and we are looking forward to seeing the team racing in Norway again.

The team had great success in 2017 in both Giro d’Italia, and the World Championships in Bergen. They have no less than three Danish riders, among them Søren Kragh Andersen who is an upcoming rider with several stage wins in 2018 and experience from Tour des Fjords. The team will be putting on a lot of pressure on the other teams, in the fight of this year’s victory.

Israel Cycling Academy is a Pro Continental team who doesn’t have as much experience as the other teams, but raced Giro d’Italia and other big races in 2018. The team also raced Tour of Norway and Tour des Fjords last year, and is back in the peloton, where we will be seeing Sondre Holst Enger and August Jensen challenging the other riders.

The Pro Continental Team from Marseille in Frankrike, is visible in their light blue colour in the peloton. They have raced both Tour of Norway and Tour des Fjords previous years, and won a stage back in 2016.

The Dutch team has been racing Tour of Norway and Tour des Fjords several times, and is well-known for handling crosswinds and echelons without a problem. Other teams should therefore watch out for them, when they are passing along the coast during this year’s race. Pieter Weening has won several stages in Tour of Norway in 2016 and 2017. Can they be a great challenge to the World Tour teams, with Lars Boom as a part of the team, and being the best team in Tour des Fjords in 2018?

Last, but not least – we have the Norwegian Continental Team, Team Coop. The team has been training with their team owner Alexander Kristoff in Spain during their pre-season, and is ready to get out there and fight against the other Continental Teams. Director of Sports, Magnus Børresen, said: «Tour of Norway is the most important race for us during the spring. A great result would mean a lot to the team, and we will do everything we can to make it happen”.

Looking for the other teams and presentations?