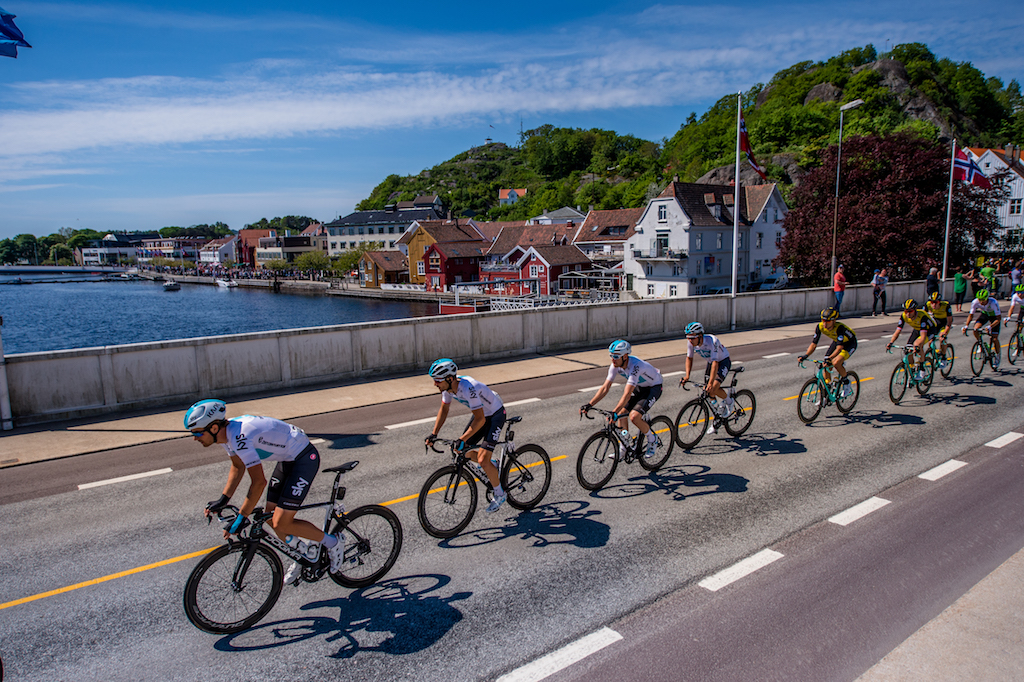 New team and more Norwegians at Tour of Norway 2019

We have already revealed that UAE Team Emirates with Alexander Kristoff and Sven Erik Bystrøm, and Team Dimension Data with Edvald Boasson Hagen will be racing. This week, some of the strongest World Tour-teams, but also teams with great experience from both Tour of Norway and Tour des Fjords is on the list.

Team Sky is well known for being in the front, controlling the peloton, and had a great 2018 season where they won both Tour de France and Giro d’Italia. The team is back on the Norwegian roads in 2019, and will be bringing the former U23 World Champion, Kristoffer «Doffen» Halvorsen, who is already known to be challenging some of the best riders in the peloton, and started the 2019 season off good. Can he win in his own hometown, Kristiansand?

The Belgium team who holds profiles like Caleb Ewan and Maxime Monfort, has signed with the Norwegian Carl Fredrik Hagen. It is a strong World Tour team, and they have been racing both Tour of Norway and Tour des Fjords previous years. Bjorg Lambrecht had the strongest legs and won the third stage between Farsund and Egersund at Tour des Fjords in 2018.

The team is racing Tour of Norway for the first time in 2019. The team from Kazakhstan had the Norwegian Truls Korsæth in 2017-2018. Three Danes are racing for the team who had 30 victories in 2018, and a GC in Arctic Race of Norway 2018. In other words, the other teams should be looking out for Astana, when fighting for this year’s victory.

Trek-Segafredo is a USA-registered WorldTour team, hailing more than 30 riders from 20 different countries. The team has a long list of merits, and Richie Porte already secured their first victory of the year, when he took the stage win, his sixth in a row on Willunga at Tour Down Under. Wonder what tricks the team will have up their sleeves on the Norwegian hills.

The team has been through a lot of re-organizing ahead of this year’s season, as their first year as a Pro-Continental Team, signing on many exciting riders. They used to be a 100% Danish team, but now have riders from all over Scandinavia, among them the two Norwegians; Sindre Lunke and Krister Hagen. Krister Hagen managed to break away from the peloton on the 2nd stage of Tour des Fjords in his hometown, Kristiansand in 2018, creating a lot of excitement along the streets. We are hoping he will be seizing the opportunity again in May.

The French team had us all surprised when they signed with Warren Barguil, who stepped down from World Tour to Pro Continental level in 2018. The team has a new main sponsor this year, in addition to the well-known André Greipel, who had a stage win in all of the Grand Tours last year.

The Spanish Pro Continental team has a lot of experience from both Tour of Norway and Tour des Fjords. The team ended up top as the best team at Tour des Fjords in 2018, and had riders as Andrés Nelson Soto and Alex Aranburu who fought against the more experienced riders in the peloton.

The Contintental Team has developed several riders to World Tour teams during the years. Among them; Edvald Boasson Hagen (Dimension Data), Kristoffer Halvorsen (Team Sky), and this year Rasmus Tiller (Dimension Data), and Carl Fredrik Hagen (Lotto Soudal). The team has been racing both Tour of Norway and Tour des Fjords previous years, and we are looking forward to having them once again.

Did you miss out on the first seven teams?