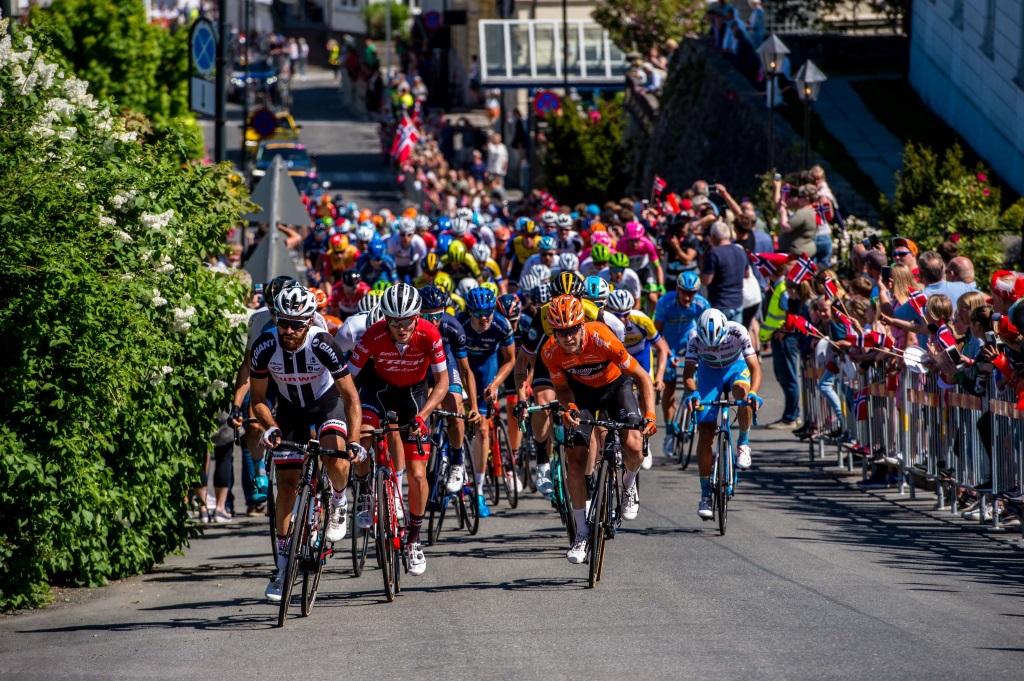 Event Director, Roy Hegreberg is excited: «The planning is fully ongoing and we have a fantastic race ahead of us in May/June. We had the peloton of all times in Tour des Fjords in 2018, but it’s even better in Tour of Norway in 2019. We are very proud to have several of the World Tour teams, and not the least, Norwegian riders as a part of our race. It’s important for our event, but also our sport and the interest for it nationwide. The countdown is on and we hope as many as possible will save the dates to follow the race!”

We will have a stronger peloton with 22 teams starting on May 28th, as a result of Hammer Stavanger being organized just a few days before our race. The teams will be announced this week, and we can already reveal that UAE Team Emirates with Alexander Kristoff and Sven Erik Bystrøm, as well as Dimension Data with Edvald Boasson Hagen will be racing.

The Australian team Mitchelton-Scott had a strong 2018 season, and will be racing Tour of Norway. Michael Albasini won the 2nd stage and the GC in Tour des Fjords 2018. Mitchelton-Scott has already started the 2019 season with a GC win by Daryl Impey, second year in a row at Santos Tour Down Under. We can therefore expect a strong team who’s chasing another win.

The team with the Norwegian Edvald Boasson Hagen, will be seizing their opportunities to win a stage, but hopefully also try to go for the GC. Boasson Hagen won the 2nd stage at Tour of Norway 2018, and ended 3rd in the GC. He was 4th in the GC at Tour des Fjords the following week, where he in 2017 won the GC. The South-African team has signed with some interesting riders for 2019, and we’re excited to see if they can take a stronger position in the race this year.

Alexander Kristoff is fit for fight, and there’s no doubt he will seize every opportunity to win at home: «I’m excited for Tour of Norway, and I believe I will be able to on home ground. I haven’t studied the stages yet, but I’m sure I will have some opportunities to win one». Jasper Philipsen is also a part of the team, and showed off at Santos Tour Down Under where he won his first World Tour stage after a chaotic sprint on the 5th stage.

The Dutch team holding Norwegian Amund Grøndahl Jansen, signed with the Norwegian company Visma as one of their main sponsors for the next five years. The team had 33 victories in 2018, whereas three of those were won by Dylan Groenewegen at last year’s edition of Tour of Norway. The team showed off and challenged the other teams several times, also at Tour des Fjords 2018, having Timo Roosen ending on a 6th place in the GC. In other words, the team is definitely going through some exciting changes, as a rising team, and we hope they will be showing off at this year’s race too.

The team definitely put their mark on 2018 as a pro continental team with 11 victories. They’re based in Italy and really got to measure themselves against some of the best teams in the world, as one of the few pro-continental teams who got to be a part of the Hammer Series 2018.

The team is racing once again, as they have been at Tour of Norway and Tour des Fjords every year. Sport Vlaanderen-Baloise is an offensive team and had Dries van Gestel who won a stage and took a 2nd place in the GC in Tour des Fjords 2017. We’re excited to see them racing with us again. Ready to fight the other teams.

The Norwegian Continental teams will be tested and challenged as they will be racing against some of the best teams in the world. Uno-X Norwegian Development Team holds one of the best leaders and talents within Norwegian cycling. They won stages in Tour of Rhodes, Ringerike GP and Omloop Het Nieuwsblad Beloften in 2018, and we’re excited to see if they can challenge the World Tour teams and show off at this year’s race.