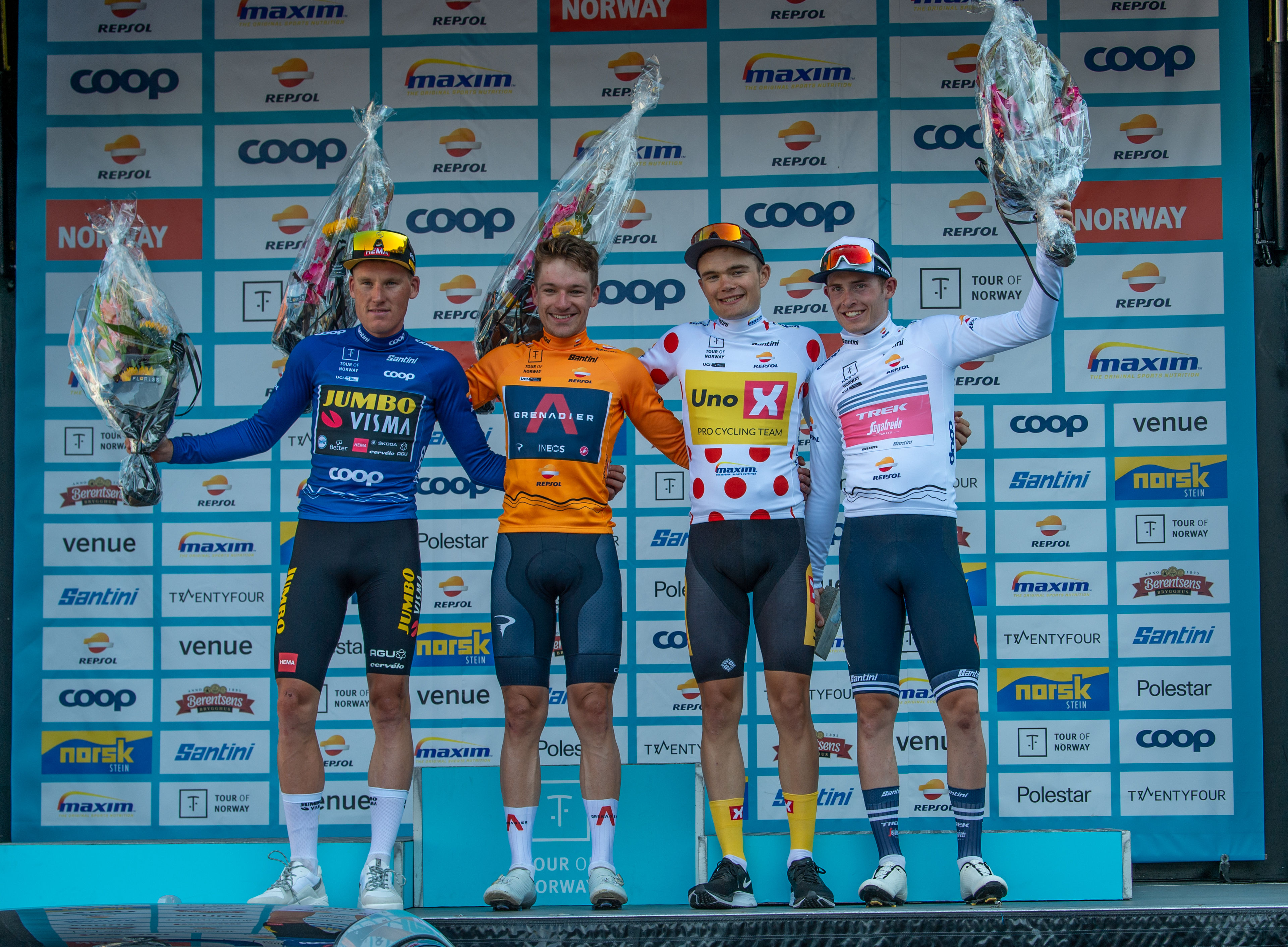 With 12 days to go, the provisional entry list for Tour of Norway 2022, starting on Tuesday 24th of May from Bergen, has been announced. The riders will battle through 6 stages, where there will be several opportunities for both climbers, puncheurs and sprinters, before crossing the finish line in Stavanger on Sunday 29th of May.

Tour of Norway can present a world class peloton for the 2022-edition.

Ethan Hayter, who won the 2021-edition of Tour of Norway, will once again be on the start line. This year, he will be joined by the Giro d´Italia winner from 2020, Tao Geoghegan Hart.

Remco Evenepoel will be ready to fight for the general classification, as he has shown great shape with his win in Liège-Bastogne-Liège. Evenepoel will get strong support by the Tour of Flanders 2021 winner, Kasper Asgreen.

Tobias Halland Johannesen will be a great contender for the overall classification. Uno-X Pro Cycling Team has a strong team to support Johannesen, where Torsten Træen and the Danish climber Anthon Charmig (winner of K.O.M. classification 2021) be important for the Norwegian talent.

The Norwegian superstar, Alexander Kristoff is also attending the 2022-edition. Kristoff has earlier won Tour of Flanders, Milano-Sanremo and four stages at Tour de France. His loyal teammate, Sven Erik Bystrøm, will join him to get a stage win for their new team, Intermarché - Wanty - Gobert Matériaux.

Markus Hoelgaard is on the startline to improve his fourth place from 2021. His teammate and former World Champion, Mads Pedersen, is also attending the race to repeat his stage win from last year in Jørpeland.

Pedersens compatriot, Michael Valgren, is a strong competitor for stage 1 to Voss. In 2021, Valgreen was third at the World Championships in Flanders.

Amongst the Norwegian riders, who will do their best to get a result on home soil is Kristian Aasvold and August Jensen from Team Human Powered Health, as well as Carl Frederik Hagen from Israel – Premier Tech.

Ide Shelling and Mike Teunissen, who was second and third at Tour of Norway 2021 is on the provisional startlist. Teunissen also won the Coop points classification in 2021.