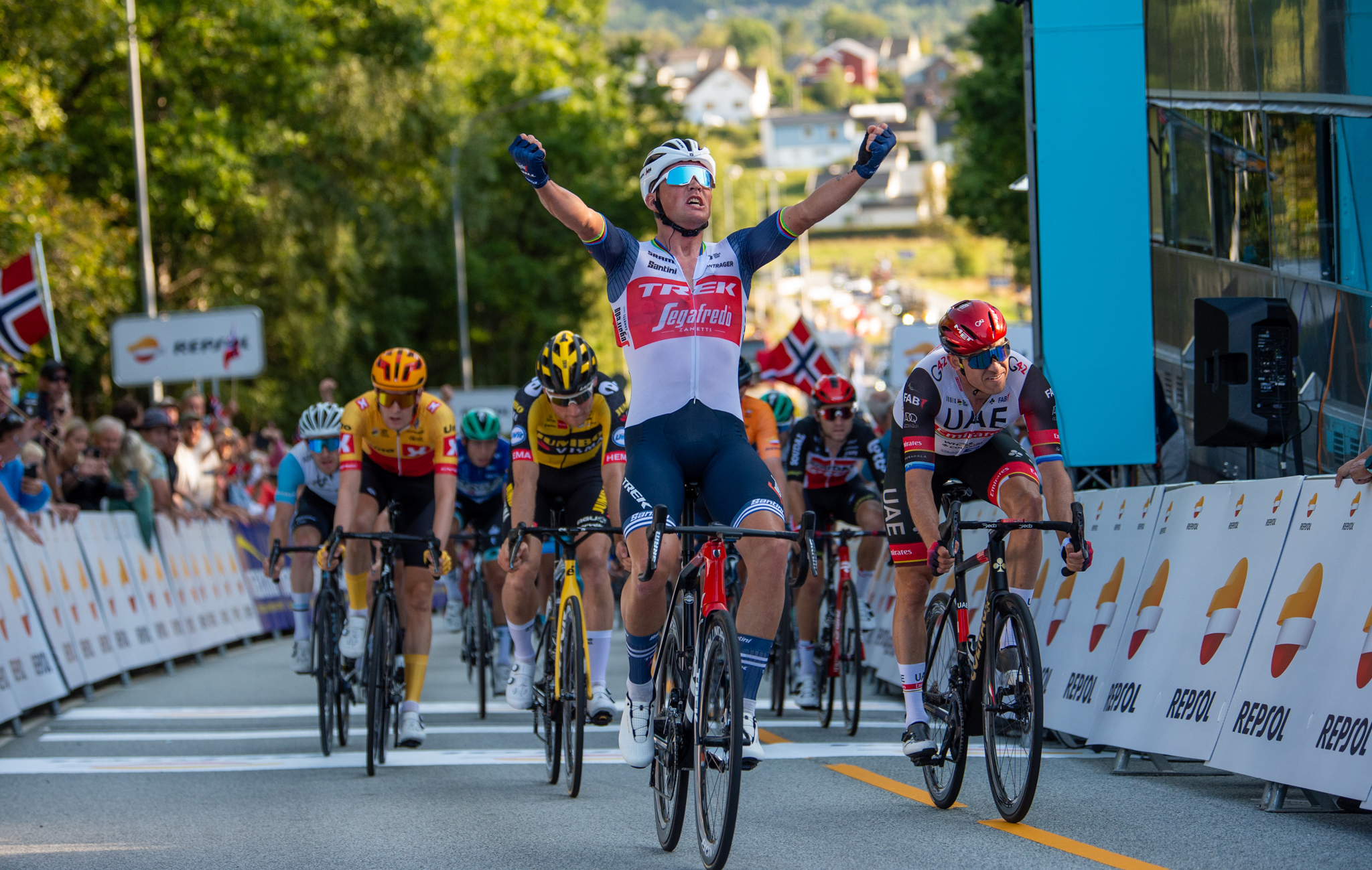 TV2 and Tour of Norway continues the partnership until 2024

Tour of Norway and TV2 has made a three-year agreement, which makes it possible for TV2 viewers to watch the world’s best cyclist fighting against each other in the most beautiful scenery in the world.

Tour of Norway and TV2 has extended the agreement of the rights to show Tour of Norway. The best cycling teams in the world come to Norway from May 24th – 29th. The race will be shown live on TV2´s main channel, and will be accessible for the Norwegian population.

TV2 is the cycling channel of Norway. Through amazing live coverage and great commentators, TV2 has been a main partner to show that Tour of Norway isn’t just about cycling, but also is an event that shows the beautiful Norwegian nature and attractions as well as the spirit of the Norwegian spectators. TV2 has been a big part of making cycling a popular sport in Norway. TV2 has shown all editions of Tour of Norway since 2011 and has been a big part of the development of the race.

This year’s edition of Tour of Norway starts in Bergen and ends in Stavanger. Along the way, the riders will drive through several Norwegian cities including Voss, Geilo, Kristiansand and Sandnes. This year’s queen stage is stage 3, where the riders start in Gol and finish in Stavsro after climbing 12 kilometers to the top of Gaustatoppen.

Racedirector, Roy Hegreberg, is very excited about the extended agreement, which is essential for Norwegian cycling: “We look forward to continue our strong partnership with TV2. The three-year extension makes it possible for us to focus on developing the race and our relation to our partners. An important thing for Tour of Norway is to show the sport of cycling to the Norwegian people, which this agreement makes it possible for us to do. Through Tour of Norway, we hope to inspire kids, teenagers and adults to use their bike for transport, training, races or other unforgettable experiences”

TV2´s partnership with Tour of Norway is an expression of TV2´s engagement in Norwegian sports. The Sports Manager of TV2 is very excited about the extension: “Tour of Norway is one of the most important and greatest races in Norwegian cycling. The race is still developing on both the sports- and spectator part, and we are proud to be able to show the race in the years to come. This year’s edition is the most spectacular yet. The peloton will be the strongest in the history of the race with 10 out of 18 teams been WorldTour teams. Furthemore, the races come through some of the most beautiful nature in Norway, which will make a spectacular TV-production that will make an impression both nationally and internationally”

Tour of Norway 2022 consist of 6 stages. There will be 19 teams on the start line. Last years edition of the race was won by the British rider, Ethan Hayter, from Ineos Grenadiers.