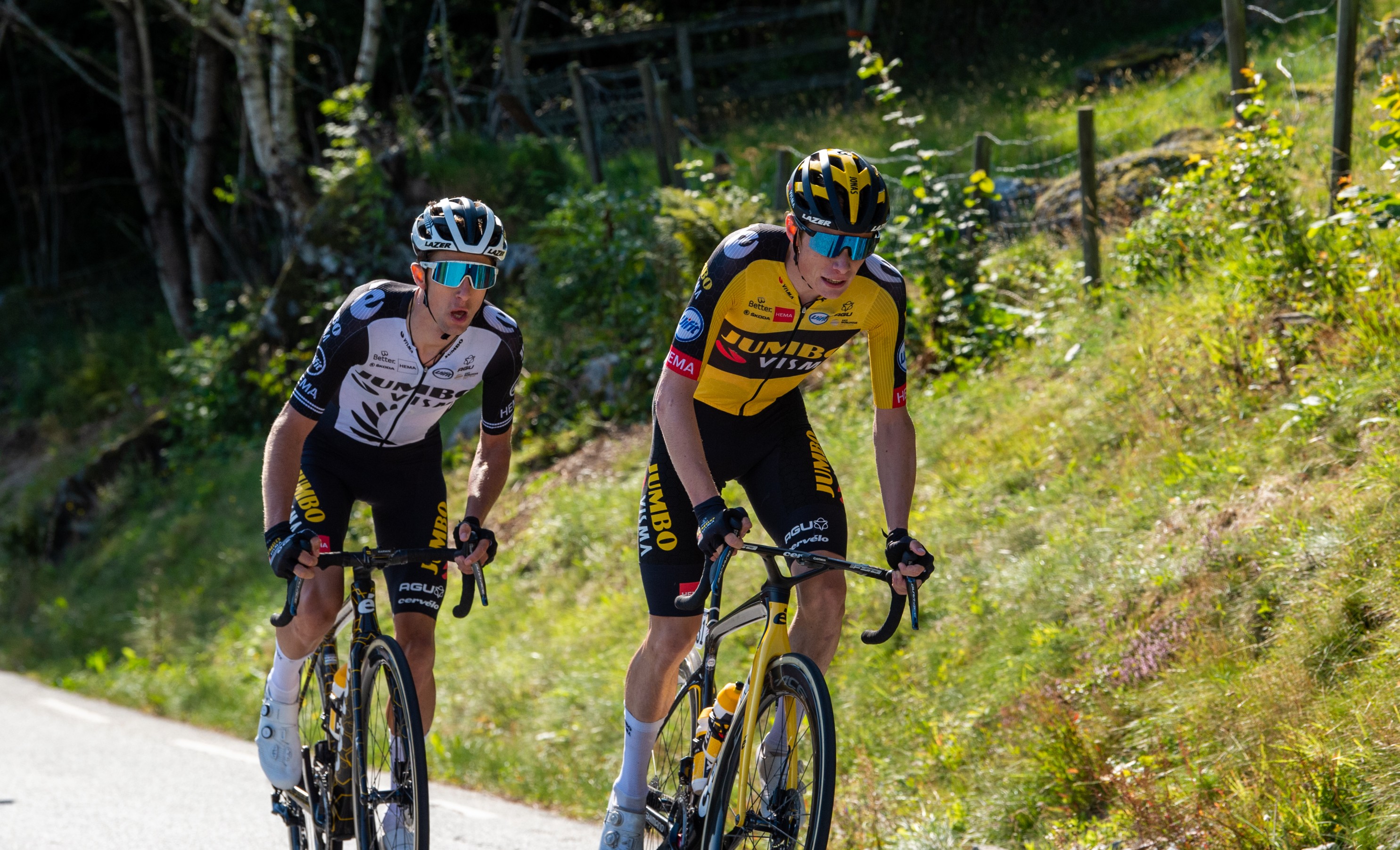 The last 5 teams are ready for Tour of Norway!

Jumbo Visma is one of the strongest teams in the world of cycling. The team had a great race at last year’s Tour of Norway, where Mike Teunissen was nr. 3 in the general classification and won the Coop Points classification. Tobias Foss, who is Norwegian road- and timetrial champion, is also a part of the team. The Norwegian talent was 8th in the Giro d´Italia 2021. Furthermore, the team has strong riders such as the road- and cyclocross star Wout Van Aert, last year’s Vuelta a España winner Primož Roglič and the Danish talent, Jonas Vingegaard, who was nr. 2 in the general classification at Tour de France 2021.

EF Education – Easypost is an American team with a lot of profiles on the roster. Last years shooting star Odd Christian Eiking is a part of the team as well. Eiking finished 11th in the GC at last years La Vuelta ciclista Espania and rode 7 days in the red leaders jersey. Besides Eiking, the team has several strong riders including the Danes Michael Valgren, who was nr. 3 at the World Championschips in Leuven, and Magnus Cort who won three stages at Vuelta a España. Both Danes have participated in earlier editions of Tour of Norway and Tour des Fjords.

Uno-X Pro Cycling Team is the first ProTeam from Norway. The team is already invited to several World Tour races in 2022, and the team aims to be a World Tour team in 2023. The team had a great race last year, where they won the Maxim Mountain classification, as well as they had the best Norwegian rider in the general classification. The ambitious team has signed several strong Norwegian and Danish riders for the 2022 season, and we are looking forward to see, if the team can competitive at this year’s Tour of Norway.

Riwal Cycling Team is once again coming to Tour of Norway. The team did a great race last year, where the former Swedish champion, Lucas Eriksson, was 8th in the general classification. For the 2022 season, the team has signed the former World Tour rider, Emil Vinjebo, who was riding for Team Qhubeka NextHash last year.