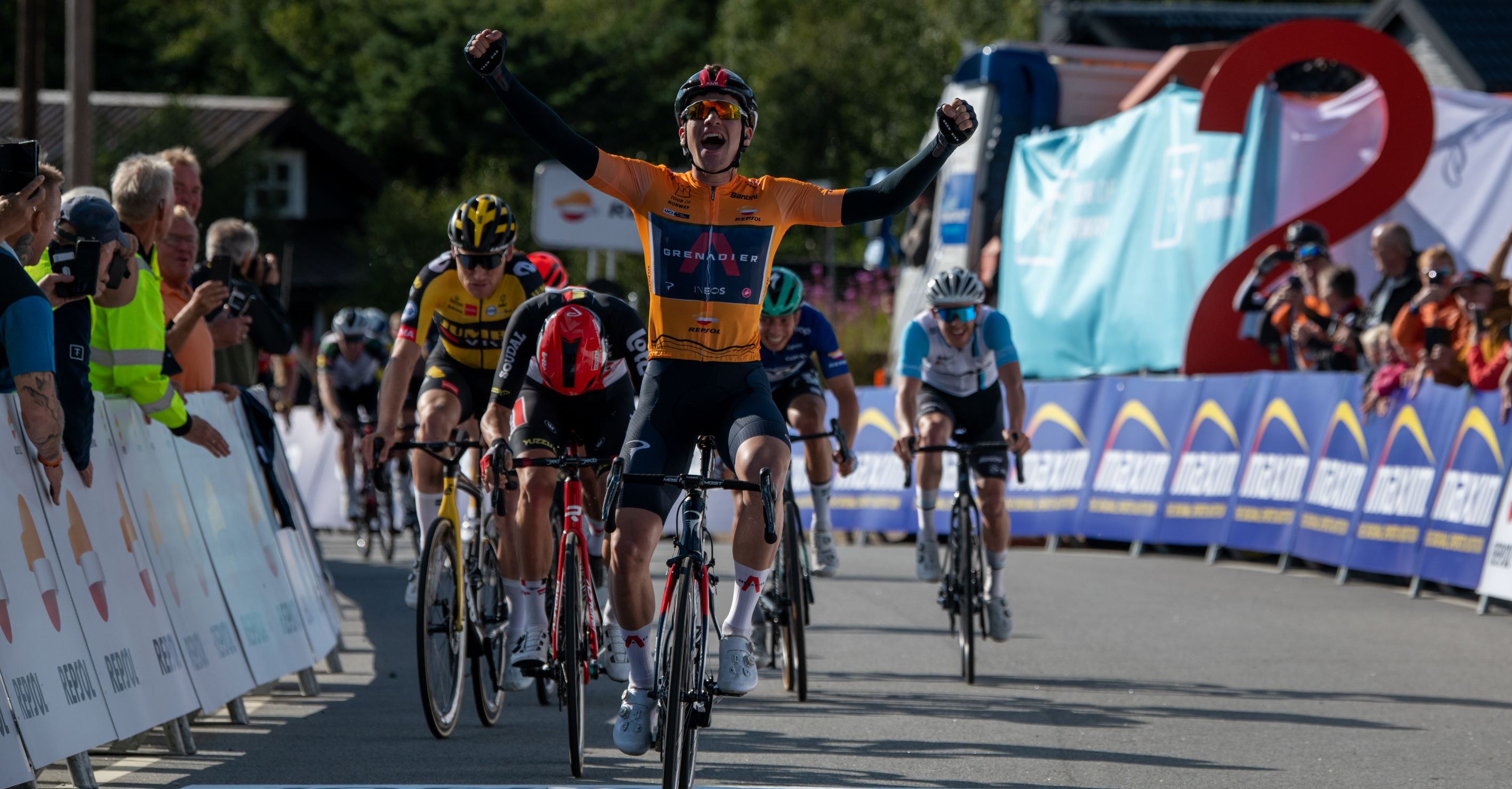 The first teams are ready for Tour of Norway 2022

We are happy to announce the first teams, that will participate in Tour of Norway 2022. The race will be held from May 24-29th.

Ineos Grenadiers is one of the best teams on the WorldTour. The team had great success in in last year’s Tour of Norway, where Ethan Hayter took the overall win as well as winning two stage wins. Two weeks the race he got a silver medal in the madison event on the track during the Olympics in Tokyo. Ineos Grenadiers was ranked as the 2nd best cycling team in the world last year and we look forward to see what they can achieve in this year’s edition of Tour of Norway.

Intermarché – Wanty – Gobert Matériaux signed both Alexander Kristoff and Sven Erik Bystrøm for 2022. Both Kristoff and Bystrøm is local riders that train on the course on daily basis. Kristoff is the Norwegian rider with most stage wins in the Norwegian pro races, with 23 stage wins. He won the GC in Tour of Norway in 2019.

Bora – Hansgrohe did a good race at last years Tour of Norway, where Mathew Walls won the final stage. Walls won the omnium on the track during the Olympics in Tokyo two weeks before Tour of Norway. The team has a lot of big stars in the roaster, like Wilco Kelderman, Sam Bennett and Danny Van Poppel. We´re welcoming Bora – Hansgrohe and look forward to see if they have the same success this year.

The Russian proteam Gazprom-Rusvelo is coming to Tour of Norway for the first time since 2018. The team has Sergei Chernetski, the winner of Tour des Fjords 2013 on the roster. Eirik Lunder had a tremendous season for Team Coop last year and was awarded with a pro contract with Gazprom-Rusvelo in 2022. He got 2 UCI wins and was 6th in the nationals road race last year after spending the whole race in the breakaway. Lunder lives in Sola and know the courses well. “I look forward to race on home soil in my first year as a pro cyclist. I think the course is a bit to hilly for myself, but we have a strong team with former winners of the race, so I think we´re going to have a good race anyways” says Lunder.

The Norwegian continental team Team Coop is on home soil. The team is based at Sola and most of the riders are local. Team Coop did a great race last year with a 5th place in the GC with Kristian Aasvold (now Human Powered Health). The team has signed the Danish rider Andreas Stokbro for the 2022 season. Stokbro was racing for Team Qhubeka NextHash last year and has experience from racing on WorldTour level. “I look forward to ride Tour of Norway and it’s a big goal for me. I think we´re gonna have a strong team” says Stokbro.