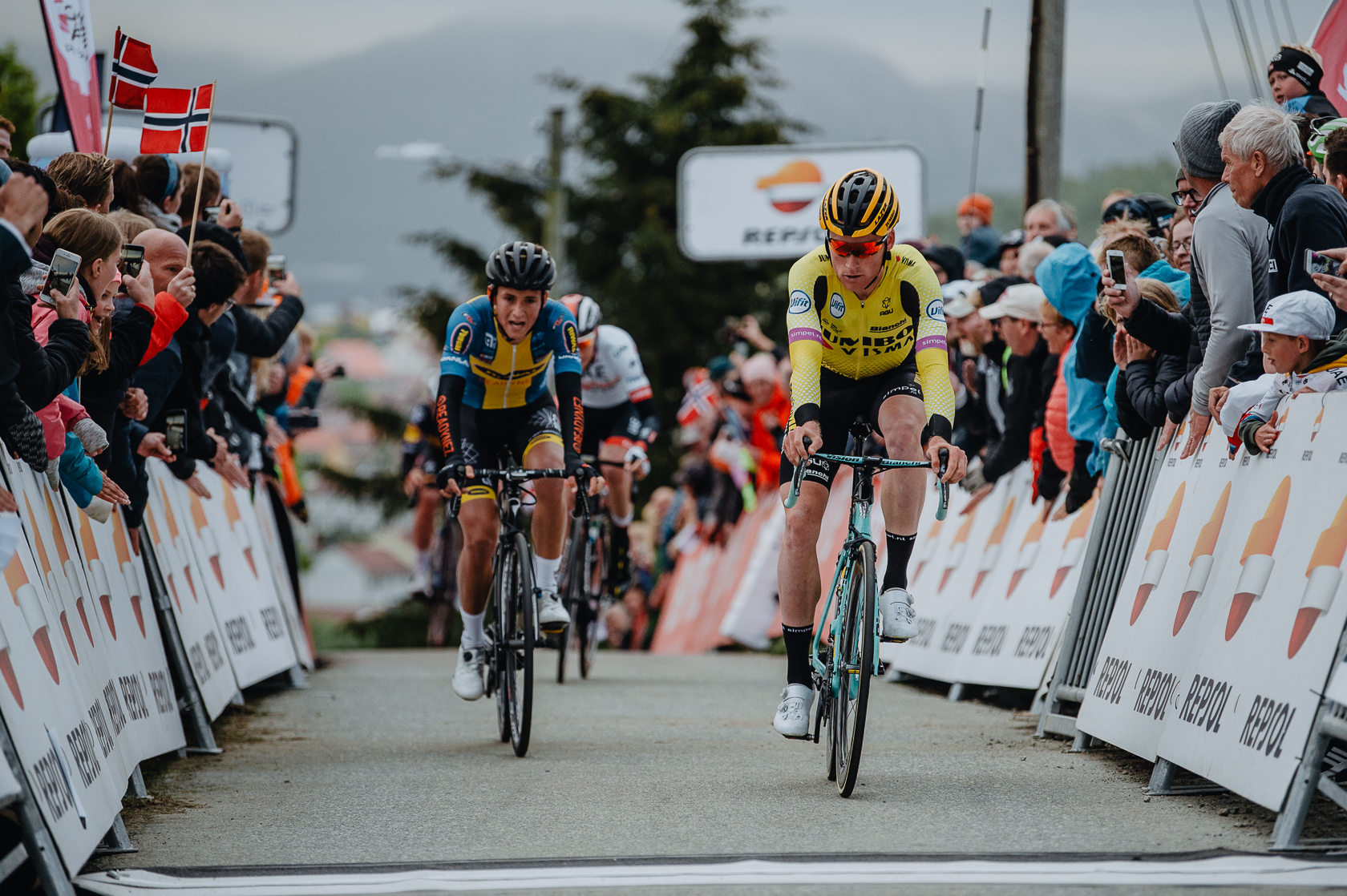 See the remaining 5 teams of this year’s team presentation!

We have come to the last part of the presentation of the 18 teams that will be on the start line at Tour of Norway, May 21st – 24th.

The Dutch team, Jumbo-Visma with Tobias Foss and the Norwegian sponsor Visma, has shown that they can take on the Norwegian roads very well. Timo Roosen won the stage to Norheimsund at Tour des Fjords in 2017, while Edoardo Affini crushed his the sprinters in Sandefjord at Tour of Norway in 2019. It remains to be seen if this will be the first race of the season for the well-known sprinter, Dylan Groenewegen.

We know the South-African team Team Qhubekka Assos from former editions with Edvald Boassen Hagen who has both stage wins and podiums (now Total Direct Energie). This year, they have new sponsors and sports director Gino van Oudenhove is very excited to fight for the GC. “ Sokndal, Setesdal og Ryfylket will be some very good and exciting routes. It will be very hectic when the teams gets offensive in their tactics, and the spectators should be excited to see this. I expect that the fight for the GC will last until the very end”, says Oudenhove.

Arkea-Samsic is a French team with a lot of experience with riders such as Nairo Quintana, Nacer Bouhanni, Maxime Bouet and Warren Barguil on the team. Last mentioned was top 10 in Tour de France in 2019, which means the team will be able to put their mark on this year’s edition of Tour of Norway when the riders will be climbing the hills of Ryfylket and Suleskar.

The winner of 2015, Jesper Hansen is returning to Norway together with his teammates from Riwal Cycling Team. Elmar Reinders won the poladot jersey in 2019, and the team is fit for fight again. «Tour of Norway is without a doubt the biggest and most important race for us this year, with so many World Tour-teams on the start line. It is a very important race for us, in our battle getting back as a Pro Team, and the goal is the GC together with Jesper Hansen. We have started our preparations for the race, and we are looking forward to being a part of this amazing race once again», says sports director Michael Skelde.

The Spanish pro-continental team Caja Rural-Seguros RGA is a team with lots of experience from both Tour des Fjords and Tour of Norway. They have put their mark on the previous editions, and was the best team overall in Tour of Norway in 2018. We’re excited to see if they will be able to fight with the big teams over the mountaintops.

Have you read the previous team presentations?