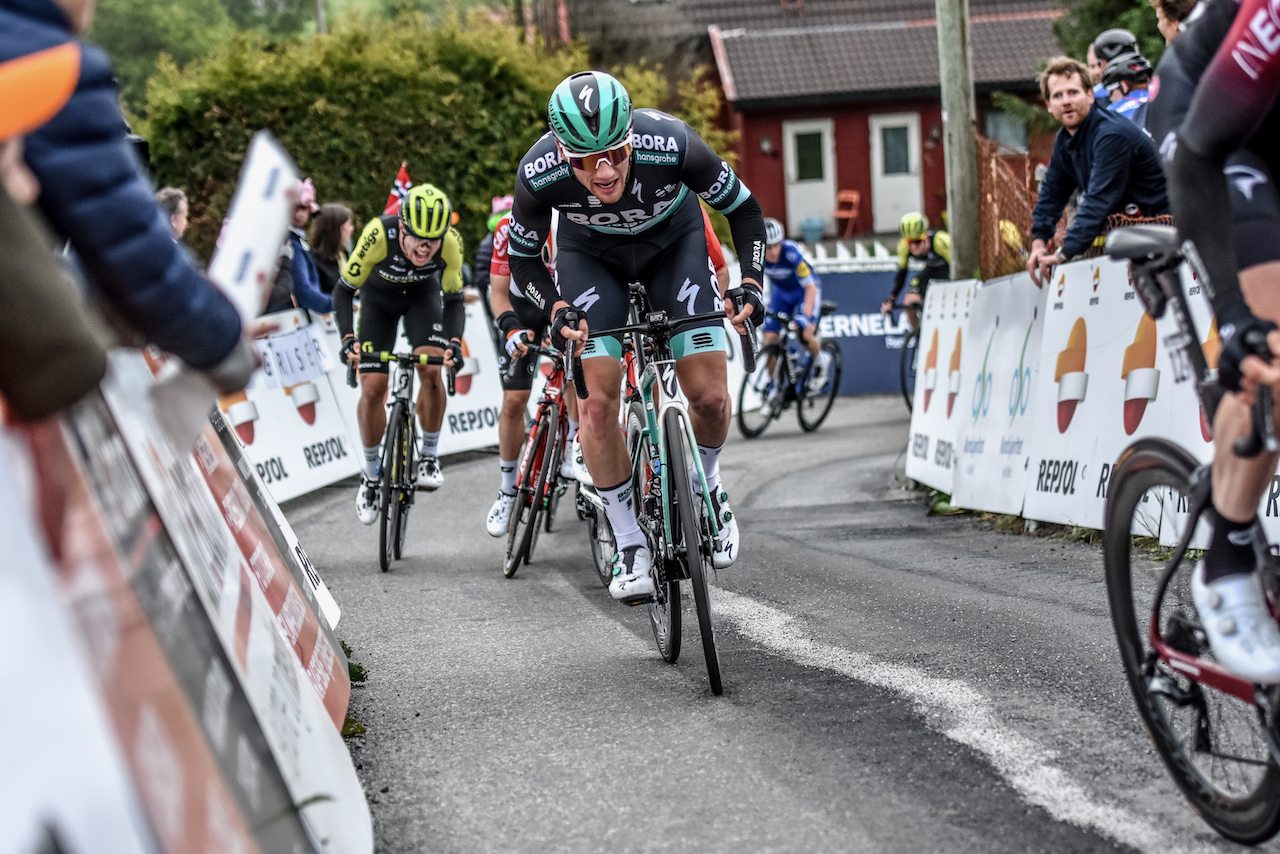 New and familiar teams on the startline

Eight teams for this year's line-up has been presented, and here are another five teams who are ready to compete on the Norwegian roads May 21st – 24th.

The German team BORA-hansgrohe is returning to Norway after a visit in 2016. We have seen them beat their competitors several times, reminiscing Hammer Stavanger where Sam Bennett (now Deceuninck-Quick-Step) flew up Grisabakken. With riders like Peter Sagan, Pascal Ackermann and Nils Politt, whereas Politt and some of his other teammates has experience from Tour des Fjords and Hammer Stavanger, we’re looking forward to seeing them rule the Norwegian roads.

The winners of Giro d´Italia 2017, Team DSM fronted with Andreas Leknessund, are ready to show off again. The team has former stagewinners such as Asbjørn Kragh Andersen (Tour des Fjords 2016), and Cees Bol who flew over the finishline in Egersund at Tour of Norway in 2019. In other words; they should be well prepared for this year´s edition of Tour of Norway.

A team that has been a part of Tour des Fjords and Tour of Norway for a number of years, and knows the Norwegian roads well, is the Belgian team Sport Vlaanderen – Baloise. The Pro-Continental team has a stage win and a 2nd overall GC from Tour des Fjords with Dries van Gestel (now Team Total Direct Energie). We can’t wait to see them again this year, and look forward to seeing how well they’re remembering the roads of Rogaland.

DELKO is also a team that’s knows the Norwegian roads well. The French team has a stage win from Tour des Fjords 2016 (Asbjørn Kragh Andersen, now Team DSM), and is looking for another win. That is not impossible considering having August Jensen on the team, that knows the roads very well. He’s looking forward to fighting for a stage win, and the GC. «After seeing this year’s course, I must say this edition looks more exciting than previous editions. I think the fight for the GC will be more open than ever because of the uphill finishes. It will be tough, but we will do our best to take home a stage win and the GC», says Jensen.

A team that many people has been hoping to see on the start line, is the Belgian team Alpecin Fenix. The team has already proved their best in the first race of the season, taking the win at the first stage of UAE Tour with the one and only Mathieu van der Poel. Last weekend we got to see van der Poel find a way to a team victory, as he helped his teammate Tim Merlier to a win, even though van der Poel had broken handlebars. Well, we can’t wait to see what they can accomplish together in Norway.

Have you read the first team presentations?