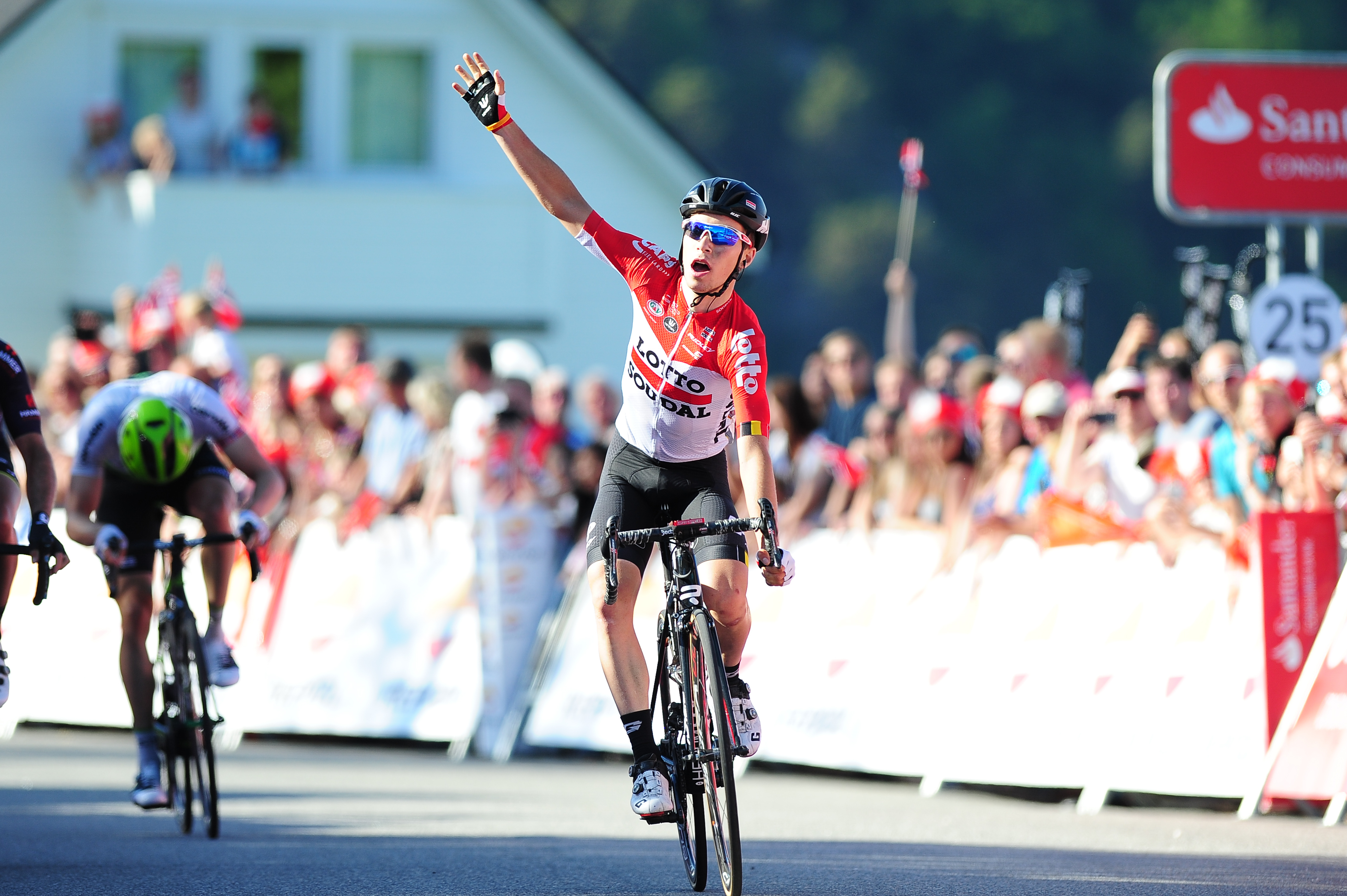 Neither Albasini or Boasson Hagen could follow the Belgian supertalent when he started his sprint on the steep hill, leading to the finish line.

Bjorg Lambrecht (Lotto Soudal) triumphed at the tough third stage of the Tour des Fjords. The 21 years old Belgium put the hammer down in the final 175 meters, in the steep uphill sprint, and neither Michal Albasini (Mitchelton-Scott) or Edvald Boasson Hagen (Dimension Data) could respond to his acceleration.
Albasini became second team, while Boasson Hagen finished third. 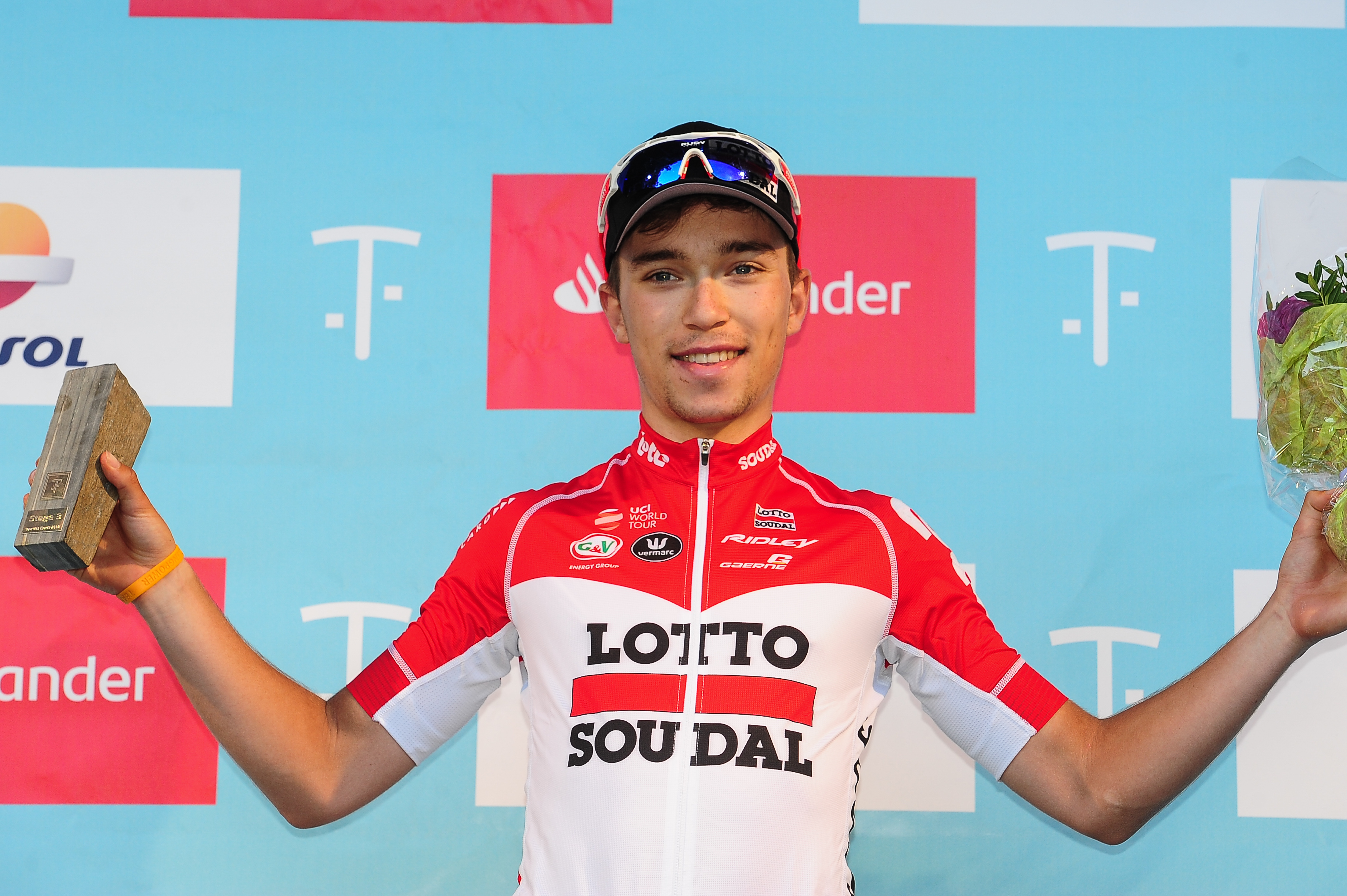 Fighting for the breakaway
On Thursday the Queen stage of this year's race awaited, from Farsund to Egersund. Many demanding hills made it a tough day for the riders.

The dangerous attack was eventually chasen back by Mitchelton-Scott, who worked throughout the whole stage to control the peloton and the breakaway. In the front, Monfort and Earle were still fighting to keep the peloton at a distance. With 24 kilometers they got companied by Pascal Eenkhoorn (LottoNL-Jumbo) who attacked from the bunch. He helped them stay out in front, but they were eventually caught inside the final 10 kilometers.
Thus, everything would be settled on the final round in Egersund, which was raced 2.5 times. It was both a hilly one and a technical demanding one. Andreas Vangstad (Joker Icopal) and Pieter Weening (Team Roompot-Dutch Lottery) tried an attack on the last lap, but both were eventually chasen down by the peloton, as Mitchelton-Scott rode impressive to control the attackers the whole stage. They wanted a sprint for Albasini to challenge for another stage win.

Overall win for Albasini
It succeeded them, eventhough Timo Roosen (LottoNL-Jumbo) made one last attempt, attacking with less than 500 meters to go, on the hill leading up to the finish in Egersund. He was caught with 200 meters left. From here, Lambrecht put in a big acceleration. No one could really match the young climber's acceleration. Albasini followed his wheel, but could never come around. The Swiss had to settle for second place, while Boasson Hagen got third. 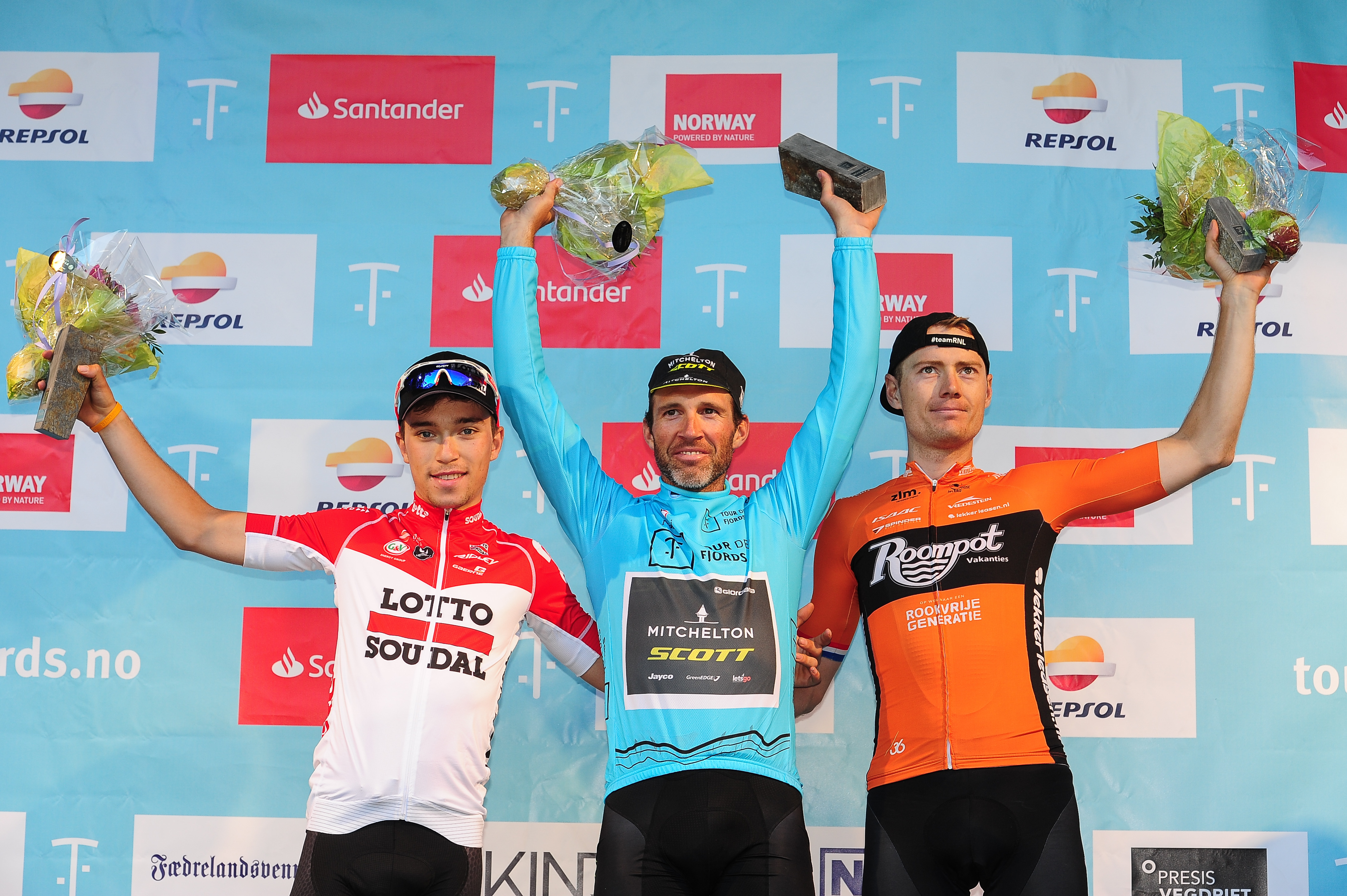